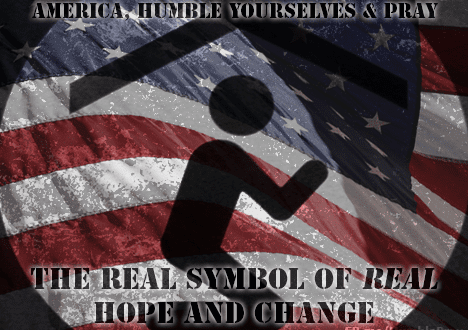 America, Humble Yourselves & Pray can be found on Facebook & Google+.

America, Humble Yourselves & Pray (HumblePray) is a ministry I created shortly after the great disappointment of the 2012 U.S. Presidential election. Many Conservatives and Christians were in despair over the election of a President whose morals and values were contradictory to his profession of Christian faith.

The morning after, having prayed long and hard, the Lord brought to mind 2 Chronicles 7:14,

If my people, who are called by my name, will humble themselves and pray and seek my face and turn from their wicked ways, then I will hear from heaven, and I will forgive their sin and will heal their land.

God reminded me that, 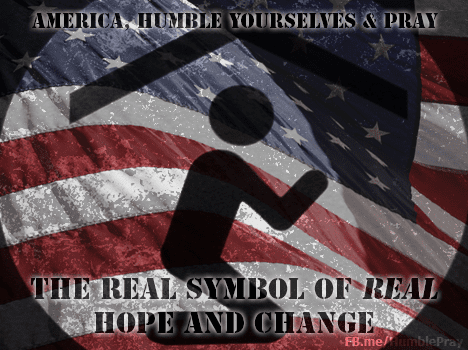 The beginning of political and social restoration in America begins with personal commitments to prayer and repentance. America will not be changed or healed by politicians, but by a people seeking the will and face of God.

America, Humble Yourselves and Pray (HumblePray) strives to make aware and make stances on important issues that are more than issues of politics. We strive to be non-partisan and non-divisive. However, this is often hard to avoid as many issues of Biblical morality are under attack primarily by certain political ideologies.

The ultimate goal of HumblePray is to continually raise awareness. A large part of the problem is that many hide away avoiding politics and in the end our society as a whole suffers. There are serious issues facing our country that have in times past resulted in Godly retribution. We believe we can not be so arrogant to think that the sins that have resulted in the collapse of many empires throughout history can not bring our own nation to an end.

We believe that through humble prayer and repentance, America can avoid impending judgement and restore America. This process does not begin with large campaigns and massive outreach, but instead one heart at a time. Begin to make a change in America. Pray today.

America, Humble Yourselves & Pray can be found Facebook & Google+